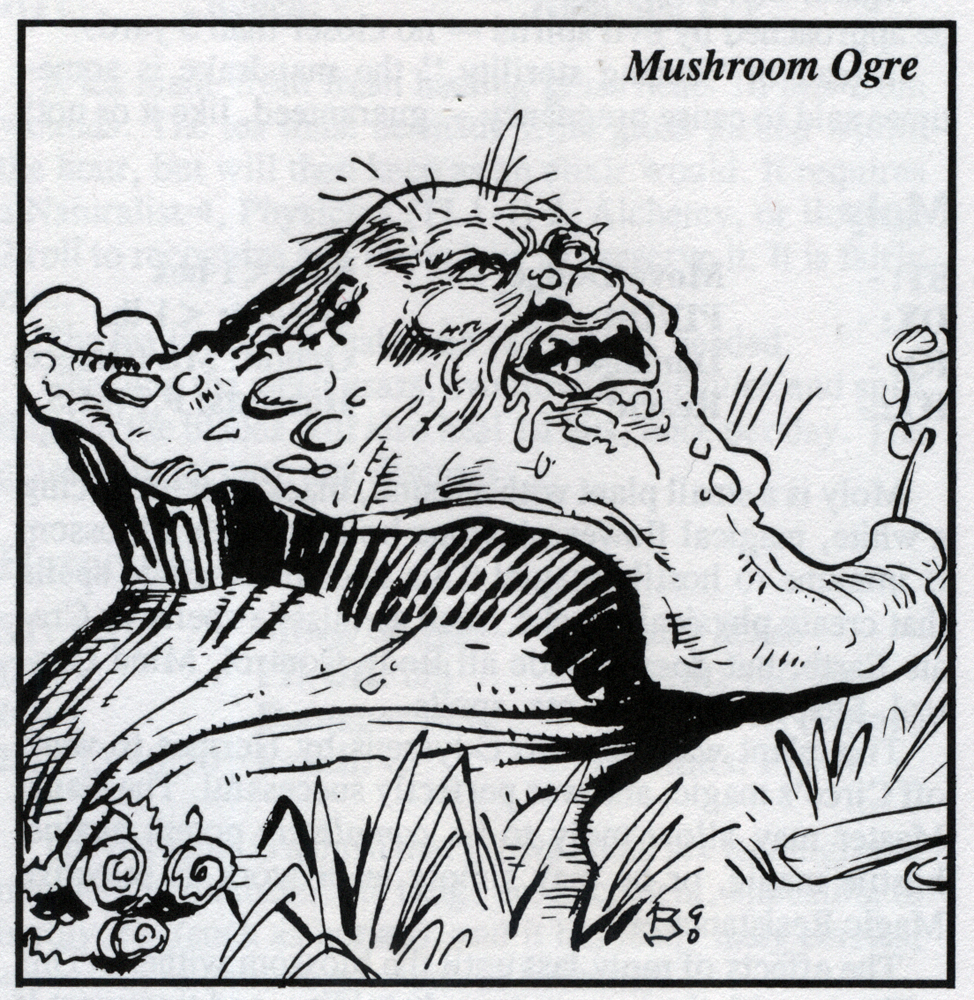 It began with a late-night phone conversation in November, Steve Jackson called me up, commenting that I had had a nice long break from writing, and would I like to do another book?

We need a Fantasy Bestiary. Some people have no sense — meaning me, not Steve. Knowing that Bestiarj have been a slow writer in the past, I accepted the job anyway.

Now that it’s done, I can say it was worth it — but at the time, I wondered! I was tired for four months straight!

A number of creatures that I rather liked were cut from that book for lack of space. And I continued to think of more creatures long after the book was published. I got many comments on the original Bestiarymost of them favorable.

But every now and then I’d meet someone who’d say, “There aren’t enough monsters — nothing to scare a party in plate mail. I began to feel I had unwittingly cheated bestkary people by not supplying them with enough “monsters.

I am a professional storyteller, and tell mostly old legends, myths and other tales. So I read these types of stories constantly, and have been running across “monsters” for years.

Now I had another chance to glean those stories for appropriate fantasy creatures — not races suitable for player characters, though. There are still a lot of interesting creatures out there, even with that limitation.

And once more I began to read and read and read. Many of the creatures I found reference to were not spelled out very clearly, alas. Some were, and those were easy enough to write up.

But I really earned my pay on this one in two ways: The creativity involved in the latter exercise made up for the sheer hard work and bleary eyeballs of the former. I actually found reference to well over a thousand legendary monsters, but so many of them were so vaguely described that I couldn’t use them.

Others had no names — fantazy on that in a bit. Often a storyteller would describe a monster very briefly, and then turn his attention to the hero. So I looked for clues in the hero’s reaction to the beast it was fighting.

As an bestlary, I read that “even the mightiest warriors found their arms tiring as they faced this creature.

I had to — there wasn’t much else written about the animal except a brief description! So I wrote that this particular monster it was a dragon, by the way cast the Fatigue spell with its glance. This accounts very well for the mightiest warriors tiring, and makes for a more interesting creature than a simple collection of numbers.

And it doesn’t really violate the original myth! I found well over a thousand references to animals with no names. This was very frustrating, for some of them were great creatures! Occasionally I took the liberty of blending the best characteristics of a nameless animal into a similar creature in the same culture’s mythology.

This does violate the purity of the creatures a little bit, but those who don’t like bestkary adulteration can ignore them.

I assume that class of reader is very small — most of us would rather have interesting creatures than by-the-book accurate descriptions. After a while, motifs began to appear. There were numberless “giant this” and gurrps that,” and an even greater number of “part this animal, part that animal. Here is where I feel the best value of the book is. I’m proud of that chapter, and I hope somebody out there likes it.

The names of the creatures caused me a little bit of a problem for a while. Most fantasy campaigns have a European flavor, and meeting creatures with names like “nyah-gwaheh” or “wu kung fsntasy doesn’t synch very well. In the end, I left the names alone. Anyone who doesn’t like them can go back to a very ancient fanatsy I like this book, and I’m proud of it.

I feel it is my best work, at least until the next one comes out! I hope you enjoy it, and may you stalk the nyah-gwaheh before it stalks you! Back to Roleplayer 20 Table of Contents.